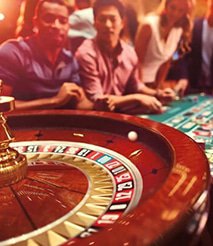 Even more objectively, the review will look at the oldest casino games in reference to when people started playing them in the Western world. Most of these casino games might have variations or were a result of the adaptation of certain ancient games. To help get rid of that confusion, this post's focus will be casino games and their time of launch or discovery in the Western world. There will also be a special focus on when the games went commercial in gambling dens and casinos in different countries.

Some of the earliest documentation of commercial gambling in casinos date back to the 17th Century. At around 1638, the Venetian Ridotto opened officially in Venice and was a state-owned gambling house. At this point, gambling was a preserve of the wealthy only and was more of a leisure activity than the commercial one. From that moment onwards, casinos continue to evolve to what they are now, and so have the games in them. Some of the oldest casino games to date are as follows.

Roulette is by far the most ancient of all other casino games available to gamblers today. This exciting wheel game was initially a failed experiment by physicist Blaise Pascal. As the inventor was trying to come up with a perpetual motion device, his efforts failed. What remained of the experiment later developed to the modern Roulette wheel.

What people know of as Roulette came about in the 18th Century in France. The game gets inspiration from the French game Biribi which was similar to low stakes lotto. The numbers on a Biribi game are similar to those on the modern Roulette wheel. A combination of these numbers and the perpetual motion device that Blaise Pascal made resulted in what we know as French Roulette today. Over the years, the game evolved into different variations with different rules but all with the same goal. Today's two main variants are European Roulette (single '0' pocket) and American Roulette ('0' and '00' pockets). 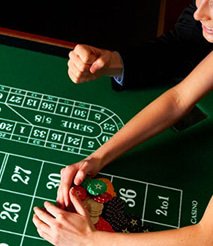 Before Blackjack took up this modern name, players knew it as 21 in Europe. One of the earliest documentations of the game of 21 was by the Spanish author Miguel de Cervantes. In one of his stories that date back to the start of the 17th Century, the author follows two card cheats' lives. The cheats were excellent at rigging the game of 21 and would rip off other players to their advantage.

The mention of this game back in the early 1600s indicates that the game was already a popular game among Spaniards. It is likely, therefore, that the history of 21 dates back further than the 17th Century. In America, however, the game adopted the name 'Blackjack', which stuck to this day. The name resulted from the game's modification to make it more appealing to a wide audience.

American gambling houses introduced several bonuses that attracted more players. One of them was a lucrative bonus where the player who combined a black jack and ace of spades won big. While this bonus eventually became obsolete, the name did not. To this day, Blackjack continues to be one of the most popular casino games. It is also among the most studied casino games by mathematicians. Over the years, professors from some of the world's top universities have come up with mathematical theories that improve one's winning chances at Blackjack.

The third oldest casino game is Keno. This game landed in the Western world via Chinese immigrants to the US in the 19th Century. From accounts given by some of the immigrants, the game developed around the same time China was building the Great Wall. The exact dates are not available. However, Keno might be the oldest game among all other casino games available today from these accounts.

The game's popularity in online casinos today is irrefutable. Each year, the game continues to register more players who take the time to learn its rules and capitalize on the awesome rewards it has to offer. So trusted is the game that some of the US states offer it as state lotteries to their physical residents.

The best online casinos today list new game releases daily. While these new games are exciting and offer players the chance to win real money, some of the oldest casino games continue to excel. Commercial gambling as a practice was born around the 17th Century and continues to be an excellent source of entertainment for many. With the advancement in years, also is the game development. These old casino games are now available in modern versions with more exciting features and rewards.