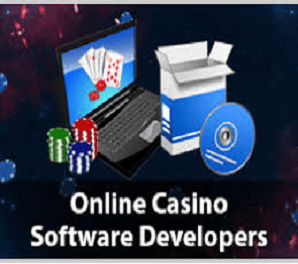 With so many different casino software developers out there, it's hard to decide which games are worthy of your attention. There are a lot of great companies out there developing slots, table games, and other casino titles.

This article highlights some of the best names in the business, so you won't waste your time with inferior games.

Netent is, without a doubt, one of the top names in the business. If you haven't heard of them before, you must be new to casino gaming, or you must have been living under a rock.

Chances are, you've seen ads for Gonzo's Quest, which is widely regarded as one of the best slots games in the world right now.

And that's not all. NetEnt is also responsible for paying out some of the biggest wins of all time. If you're serious about playing casino games, then you need to check out NetEnt.

Microgaming is another top slots company. If you like variety, then you'll find a lot of it here.

Microgaming has a staggering number of games in their portfolio. Microgaming and NetEnt are considered to be the two most significant casino software developers, and most serious casino players will have a preference one way or the other.

Not only do they make some of the world's most excellent slots, but Microgaming is also responsible for some of the biggest online poker rooms in the world; along with the largest progressive jackpots.

Evolution Gaming is another of the top casino software developers. If you're a fan of live dealer style games, then you need to get acquainted with this company.

They run live dealer games for almost every kind of table game you could think of. Not only do they hire the best dealers to run their tables, but they also have crystal clear HD-quality webcam feeds.

If you really want to immerse yourself in gambling, then check out some of the live dealer casino games from Evolution Gaming.

ELK Studios is truly a development team for the modern era. They're well and truly with the time,s as they create their games with mobile players in mind. This means that you'll never run into any compatibility issues if you play games from ELK studios on your favorite mobile devices.

Plus, they also make titles that allow thrilling multiplayer tournaments. If you're interested in exploring your competitive side, then give ELK Studios a look!

Playtech is one of the leading casino software developers out there if you want to experience top of the range licensed games. Playtech has a vast range of fantastic movie licensed games. For example, you can play games inspired by films such as The Matrix, Gladiator, and Robocop.

Take a look at their library and see if they've adapted any of your favorite movies into a slots game!