Rules and Winning Strategy for All Online Blackjack Players 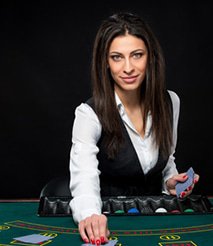 Blackjack is one of the classics if we are talking casino games. The best players in the world are known to appreciate the game for its simple rules and style of play as well as game-changing strategy. You can play blackjack online at pretty much any casino out there. What's more, you have tens of variations to play in-case you can't win in one iteration of the game. In this piece, we take a look at the game, giving you the rules and strategy you need to win real money each time you play.


Online Casino Blackjack Rules and How to Play

First off, we define the objective behind the game before going into the rules of the game. Players compete against the dealer with the aim to get a card total closest to 21 without exceeding this total. Classic blackjack is played using six 52-card decks. All cards from one to nine carry face value. Face cards (J, K, Q) have a value of ten. Aces have a value of 1 or 11.


How to Play this Online Casino Game

According to the rules, players place their bets before the game begins by placing chips on the betting box in front of them. The dealer then proceeds to shuffle the cards and invites one play to cut them with the last half removed from the shoe. This is done to make it harder to count cards in case there are players at the table with the skill.

The dealer issues a card clockwise to each player face-up and one to themselves as well as the rules for the first round go. The second round of cards is issued with the dealer's card dealt face-down. Players can see each other's cards since each plays their game without affecting how others play.

A natural blackjack, simply referred to as a natural is a card total of 21 that you score with your first two cards. You need an ace and a ten-value card to get a natural in the first two rounds.

Once each player is dealt two cards, the dealer then calls the player on their right to announce their next move. You can hit indicating that you want one more card that helps you get closer to 21. Players can also choose to stand. By standing, you indicate that you are satisfied with the card total on your first two cards, thus choosing not to ask for more.


The rules allow you to split your two cards into two hands when the two are a pair. Splitting pairs gives you a better chance of scoring 21 on either one of your hands. The dealer issues you a card for each hand when you call "split."


Players in top-rated online casinos can double down on their bet when they have a card total of between 9 and 11 on their first two cards and this is stated in the rules. The player that chooses to double down places a bet similar to their first bet and is dealt one more card. The decision to double down is allowed on the condition that the player stands after getting their third card.


An insurance bet is one place when the dealer's up card is an ace which means there is a likelihood that they may have blackjack with their hidden card. The insurance bet protects players against the dealer's blackjack. The dealer takes a peek at their hole card and pays all insurance bets if it's a ten-value card. 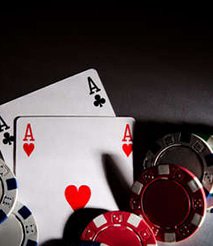 There is a mathematically accepted way of playing this game that increases your chances of winning. Basic strategy dictates what decisions to make at each instance, depending on your card total. With such an approach in your game, you always make decisions that get you closer to 21 without busting.

As you may have found out, blackjack is fun to play when you have a plan to fall back on at every stage of the game. Aficionados of the game keep coming up with new ways to play as the game keeps evolving with every new version invented. Stay up to speed with all the moves you can play so that you never feel like the weakest player at the table.